Why Do Bad Things Happen After Dark? 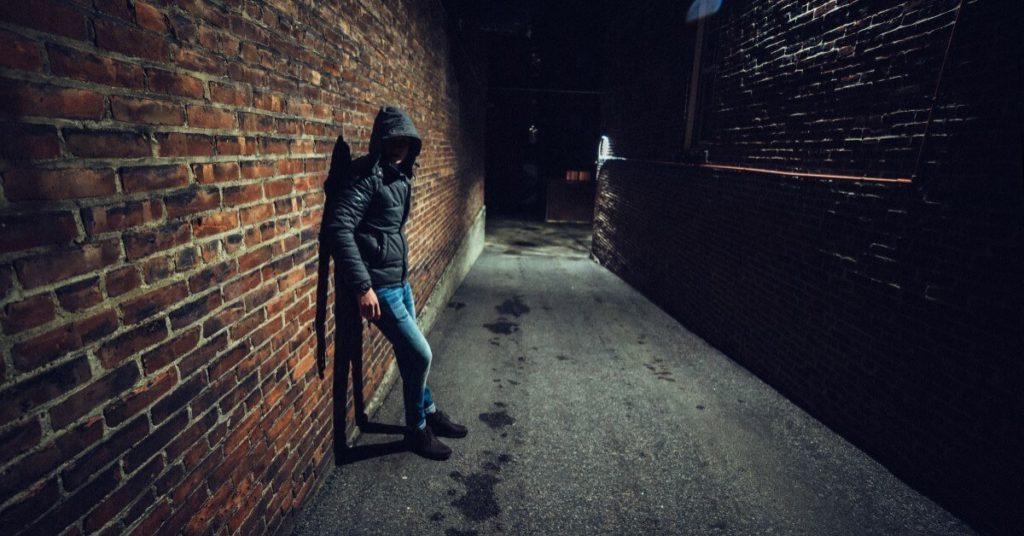 Have you ever wondered why it seems like bad things always happen at night? Many cultures in human history have linked darkness and night to terrible events. Although this may seem superstitious, it can’t be discarded.

Scientists have tried to establish a link between bad events and the dark. This article will highlight a recent hypothesis by world-renowned scientists on the subject matter and give other reasons why bad things typically occur after dark.

Scientists at the Harvard Medical School have proposed a hypothesis in a recent article published in “Frontiers in Network Physiology Journal” to explain why bad events happen after dark.[1]

The “Mind After Midnight” hypothesis suggests that neurophysiological changes in the brain affect how one interacts with the world when awake 4wssdfduring the biological circadian night, which for most people, is after midnight.[1]

This phenomenon includes actions related to emotional regulation, reward processing, and information analysis. These alterations in the brain that occur after midnight can increase one’s propensity for pessimistic thinking, dangerous actions, and rash decisions, especially those connected to addictive behaviors like drug abuse and gambling, without fully considering the repercussions.[1]

According to Elizabeth B. Klerman, MD, Ph.D., the paper’s lead author, the fundamental concept is that from the global, evolutionary standpoint, one’s internal biological circadian clock is tuned towards processes that promote sleep, not wakefulness after midnight.[1]

Klerman states, “There is substantial evidence that the brain doesn’t function as well as it should in the middle of the night compared to the daytime.”

Additionally, other studies show that people are more likely to engage in dangerous conduct at night, such as substance abuse, violent crime, and suicide.[2][3]

Michael L. Perlis, Ph.D., co-author of the “Mind After Midnight” hypothesis, revealed that suicides are statistically more likely to occur at night.[2]

Perlis states, “This finding holds true even when you account for the number of people awake at any given time.”

Furthermore, homicides and other forms of violent crime are more frequent at night, as are the risks associated with the inappropriate or illegal use of substances such as cocaine, opiates, and other illicit drugs.[3][4]

Research on this hypothesis may have wide-ranging implications for anyone who must stay awake at night for work, such as doctors, nurses, police officers, and military personnel.[1]

New tactics for lowering violent crime, suicides, and other harmful habits could result from this paradigm-shifting hypothesis. According to Dr. Klerman, the hypothesis calls for more studies on how the circadian changes that occur after dark affect behavior, decision-making, and work performance at night.

These could help unearth coping mechanisms for individuals. “I hope that more studies will be done to ascertain the health implications of these brain changes that happen after dark,” Dr. Klerman said.

Scientists have identified possible reasons why negative behaviors manifest after dark. Some of the reasons include:

● Nighttime Cover: It’s easier to commit a crime at night under the cover of darkness than in broad daylight. In addition, at night, fewer people are up and active, making it easier to do bad things with no one to keep in check.

● Circadian Rhythm Alteration: Sleep experts believe altering the circadian rhythm at night could increase the propensity for bad behavior. Studies show that the inclination to perceive information is at its peak in the morning, when circadian influences are directed to wakefulness, and reaches its minimum at night.[1]

Likewise, the tendency to perceive information negatively or as frightening is most significant at night. Dr. Klerman suggests that the neuronal activity in the brain shifts throughout the day, which causes variances in how one takes in information from the outside world and reacts to it.[1]

● Raised Dopamine Levels: Dopamine is also naturally produced in more significant quantities by the body at night. This hormone has the potential to change the way one feels by increasing motivation and a sense of reward.[5]

Scientists suggest the surge in dopamine levels and the effect it has on the psyche can raise the likelihood of one engaging in risky activities.[1]

● Reduced Cognitive Activities: Typically, the areas of the brain involved in executive functions show reduced activity at night. These areas of the brain typically help to suppress negative emotions and behavior. However, the reduced activity after dark gives information a skewed interpretation, increasing negative emotions and behaviors.[1] Suddenly, one’s mental map of the environment may no longer be accurate. Also, one’s perception of the world may narrow, leading to one making bad choices.