Why are You So Tired After a Heavy Meal? 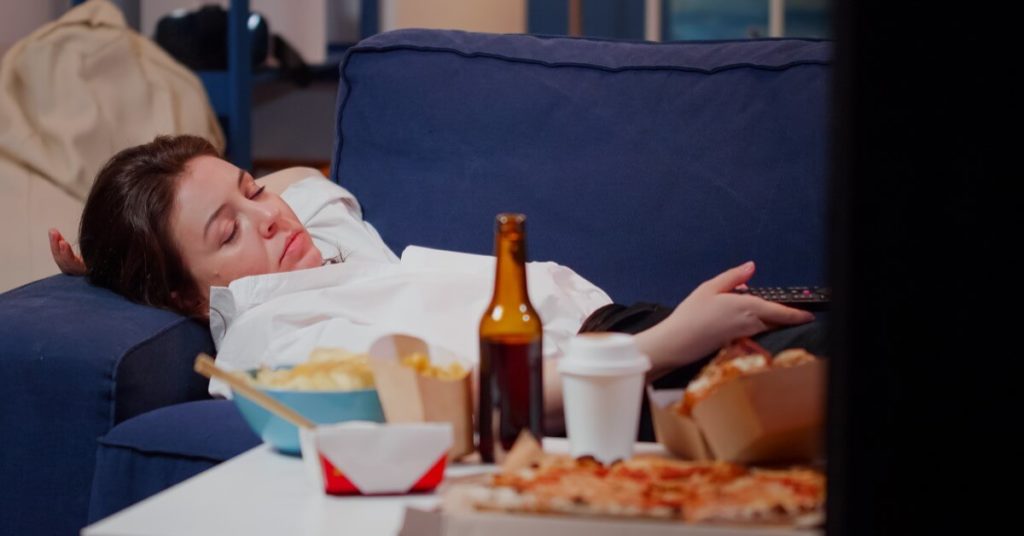 After indulging in a hearty holiday feast, it’s not uncommon to feel a sense of drowsiness wash over you. This post-meal sleepiness, also known as postprandial somnolence, “food coma,” or “after-dinner dip,” is a result of several factors.

It’s a common myth that blood circulation is diverted from the brain to the intestines after a meal. Postprandial somnolence is a complex condition that has not yet been fully elucidated and includes multiple possible mechanisms.

On the other hand, it’s quite normal. So, if you find yourself nodding off on the couch after a heavy turkey and mashed potato dinner, don’t be alarmed – it’s an entirely normal reaction to a delicious and filling meal.

Although “food coma” is a well-known condition, its physiological mechanism is not fully known.

In addition, since this response varies between individuals and according to the content of the meal, it isn’t easy to investigate. Still, we have some knowledge on the subject.


What are the Mechanisms Behind Postprandial Somnolence?

We know that eating invokes sleep, and starvation invokes sleep loss.[1] Unfortunately, there are few comprehensive studies involving humans on this subject.

On the other hand, studies with fruit flies have shown that salty and protein-rich meals produce more post-meal drowsiness. Also, studies show that meal components, including the time of the meal, influence brain circuits regulating postprandial sleep.

Food coma is not a physiological response regulated by a single brain center or system. The theories put forward so far on this subject can be grouped under three headings: postprandial blood redistribution, increased cerebral serotonin, and gut-brain interactions. 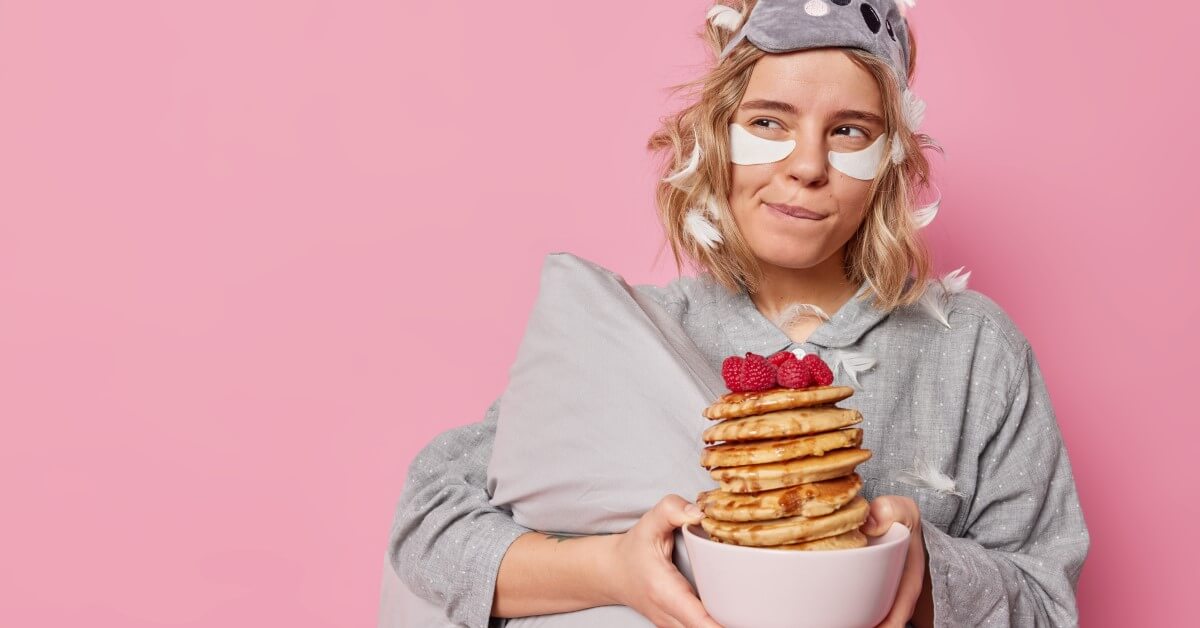 One theory about postprandial sleepiness is that blood is redirected from the brain to the intestines due to the activation of the digestive system.

Current studies do not support the existence of blood redistribution among the causes of postprandial sleep.[2,3]

Studies show an increase in the amount of blood going to both the digestive system and the brain in the postprandial period.[2]

The heart rate also increases to meet this blood demand throughout the body.[4]

As a result, it’s incorrect to speak of a “steal syndrome” in the context of blood flow in the postprandial period.

Tryptophan, a major amino acid, needs special transporters to cross the blood-brain barrier and competes with other amino acids to bind to them.

Several studies have failed to confirm a link between this presumptive role of cerebral serotonin (5HT) in postprandial sleepiness and elevated levels of free l-tryptophan in the blood.[5]

It’s speculated, however, that eating carbohydrates and foods with tryptophan leads to sleepiness. These carbohydrates come from the other typical foods commonly eaten during the holidays.[9]

Another mechanism suggested in this regard is the gut-brain axis. The signals of satiety or other metabolic status produced after a meal reach the hypothalamus via the blood or the vagus nerve. These signals stimulate one of the sleep centers here, called preoptic hypothalamic areas (POHA).

In this hypothesis, the most crucial anatomical region in the brain is naturally the hypothalamus, the part of the brain where many functions are regulated to provide homeostasis by processing signals from different body parts.

The hypothalamus can measure the metabolic state of the body in three different ways:[5]

The food’s carbohydrates, fats, and proteins are converted to malonyl-CoA, a common metabolite in the energy production process. Malonyl-CoA causes the activation of fatty acid synthesis or oxidation processes according to the body’s energy balance (hunger-satiety). Stimulation of the satiety center after a meal triggers sleepiness in the person.

A particular area of the hypothalamus can measure the energy balance in the postprandial period according to the level of malonyl-CoA in the bloodstream. Then, the secretion levels of hunger-regulating hormones such as neuropeptide Y (NPY), agouti-related peptide (AgRP), and pro-opiomelanocortin (POMC) are regulated according to the body’s energy level.

Gut peptides such as peptide-YY or PYY, CCK, leptin, 5HT, and somatostatin secreted by intestinal distention stimulate the satiety centers in the brain via the vagus nerve. The vagus nerve, which is activated after a meal, causes drowsiness. Solid foods cause more activation of the vagus nerve, creating more significant drowsiness.

On the other hand, since removing the vagus nerve does not eliminate the postprandial drowsiness, it cannot be said that the vagus nerve alone produces this physiological response.[6]

The third hypothesis is that peptides synthesized from the intestines with food mix with the bloodstream instead of vagus nerve activation, stimulating the satiety and sleep centers in the brain. Among these peptides are gastric 5HT, gastric inhibitory peptides (GIP), intestinal CCK, glucose-like peptide (GLP-1), PYY, vasoactive intestinal peptide (VIP), and insulin, amylin, and somatostatin synthesized by the pancreas. All these peptides can induce sleepiness indirectly by stimulating the central satiety centers. In addition, insulin, VIP, PYY, CCK, interleukin, somatostatin, leptin, and GLP-1 can directly stimulate sleep centers.

As a result, the hypothalamus, which senses the increasing amount of energy after a meal through neuronal, hormonal, or circulating energy metabolites, stimulates the satiety centers. Also, sleep centers are activated to create postprandial drowsiness.[5]


Is it Possible to Avoid Postprandial Somnolence?

There is nothing wrong with taking a short nap after a good meal. However, if you are in a situation where you need to stay active after a meal, you have a few points to consider.[7,8]

With hunger, our body goes into “fight or flight” mode, and our priority becomes food. After the meal, we go to the “rest and digest” mode. We are still determining whether this is a reward that meets our most basic physiological needs or if it’s an essential condition for our internal functions. Whichever, it’s worth noting that postprandial somnolence is a natural and common phenomenon that does not necessarily indicate a medical issue.

However, if you are experiencing excessive or prolonged sleepiness after eating or have other symptoms that concern you, speak to your doctor for further evaluation and advice.