The Science Behind Sleep and Sickness 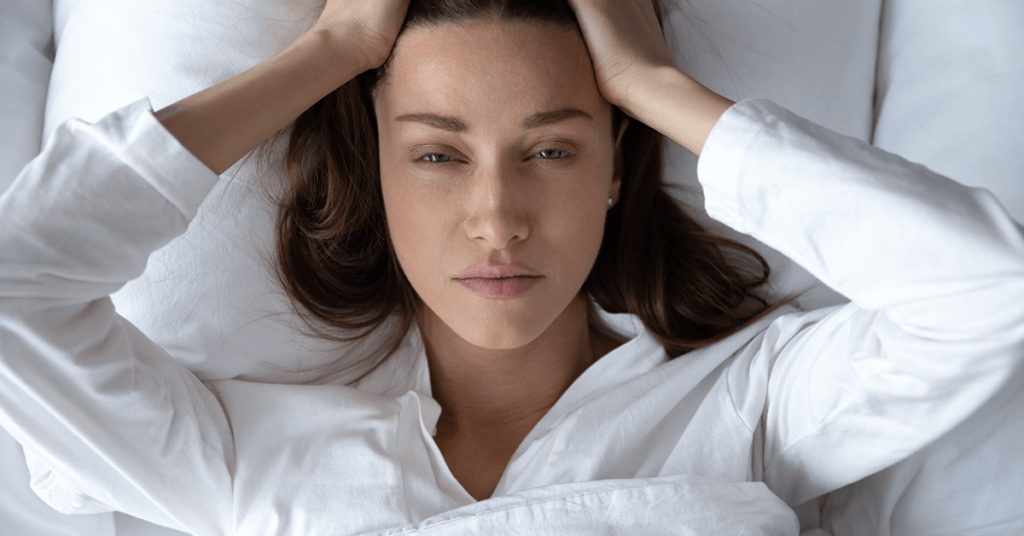 There’s an undeniable case for sleep and its essential role in maintaining short and long-term health.

Empirically, we know that disturbed sleep makes us susceptible to acute and chronic illnesses by compromising our immunity.

Keep reading to find out more about sleep architecture and the physiological changes we experience when we’re sick.

Sleep is a behaviorally altered state of consciousness marked by a decreased responsivity to stimuli and the inhibition of voluntary movements.

There are multiple neural functions associated with sleep, such as providing support for changes in brain connectivity and related regulatory mechanisms.[1] 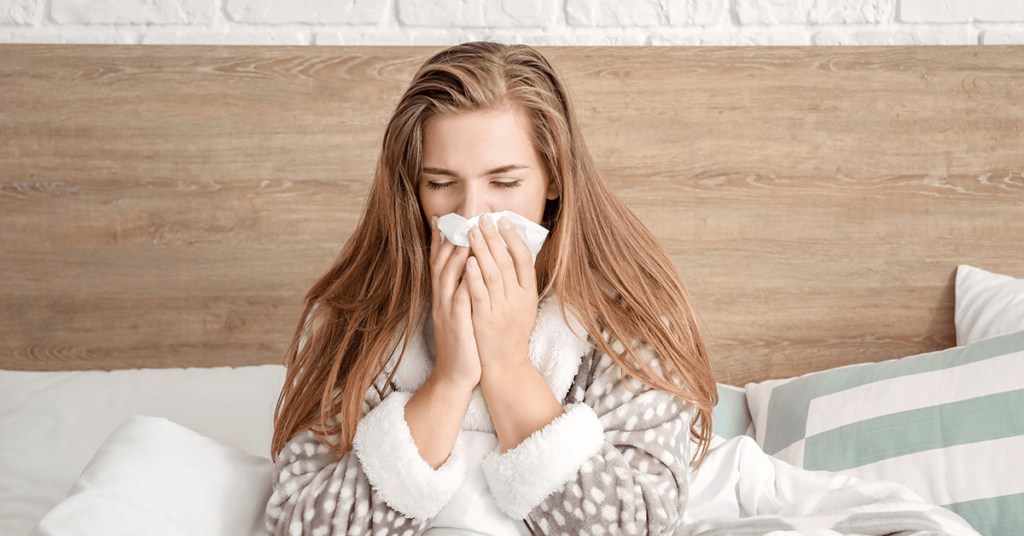 Looking into the Numeric

According to a study conducted by Ursin R. et al., the mean (±SD) nocturnal sleep duration during weekdays in men was 6 hours 52 minutes, and women 7 hours 11 minutes (±57 minutes).

In total, these variables accounted for only around 3% of the variance in sleep duration and sleep needs. Ten percent of the men and 12.2% of the women reported frequent insomnia.[2]

As characterized by an electroencephalogram (EEG), a test for brain activity, sleep comprises two major phases:

2) Rapid eye movement (REM) Sleep is a stage of sleep characterized by the rapid movement of the eyes, low muscle tone throughout the body, and a tendency for vivid dreams.

Sleep regulation involves a fundamental homeostatic process, whose strength is highly influenced by the length of the last sleep period.

The homeostatic pressure keeps increasing as long as the person stays awake. The longer the wake cycle, the stronger the homeostatic drive to sleep. Basically, the longer you’re awake, the more intense you’re urge will be to sleep.

Secondly, to control the timing and organization of sleep, another process is involved, referred to as the circadian process, located in the suprachiasmatic nucleus (SCN) in the brain. A circadian timing mechanism heavily influences the timing of sleep.[3]

According to various studies conducted, it was found that “The circadian timing system” includes three different components: [4]

(1) Input pathways that transmit light and other signals to the circadian “clock” and thus entrain circadian rhythms to environmental cues, primarily the light-dark cycle

(3) Output pathways controlled by the pacemaker.

Apart from the above-discussed factors, humoral substances, such as lactic acid, blood sugar, carbon dioxide, and calcium, are also proved to be related to the mechanism of sleep.

Vasopressin, progesterone, testosterone, LH, lactogenic hormone, 4- hydroxy butyrate, and 5-HTP have been reported to be associated with the appearance of REM sleep, whereas a study conducted by Jouvet et al. found that slow-wave and REM sleep were possibly regulated by serotonin, a hormone that stabilizes mood, and norepinephrine, a stress hormone and neurotransmitter.[5]

The Role of Cytokines: Chemical Messengers

Cytokines are proteins that play a role in cell signaling, which are released by the immune cells, during infection, reaching the brain by several routes.

Furthermore, electrophysiological, biochemical, and molecular responses to alterations in the activities of these cytokine systems can be predicted based on known signaling pathways, which can be targeted for intervention by selective antagonists, inhibiting them from acting on receptors. [6]

Therefore, it is required to conduct further studies regarding the role of cytokines as mediators of infection-induced alterations in sleep.

The focus of the studies should be on interfering with cytokine expression during infection, including outcome parameters that indicate the severity of illness.

Furthermore, the impact of prior sleep history on the ability to respond to the infectious challenge should be determined.

In the same line, actigraphy was introduced for objective estimation of habitual sleep duration and sleep quality measures. It can be helpful for patients who are unable to complete a sleep log reliably.

In the study, he over expressed 8000 different genes within the nervous system of adult fruit flies and observed their effect on sleep.

Later, a single gene termed Nemuri was found to be associated with the increased sleeping tendency. The word Nemuri is derived from the Japanese word for sleep.[7]

The expression of NEMURI or NUR is observed to be low until the subject is infected or is sleep-deprived and is constitutively produced outside the brain.

According to an article by Oikonomou G. et al., “Fruit flies and mice that sleep more after infection show higher survival, but this observation is complicated by the fact that increased sleep was induced by sleep deprivation prior to infection.” [8]

Hence the identification of the NUR provided a clear mechanistic link between increased sleep and increased survivability during an infection.

Less often appreciated is that this increased sleep requirement is actually caused by the release of signaling molecules by our own immune system and nervous system, not by infectious agents.