Sleep Paralysis: What is it? 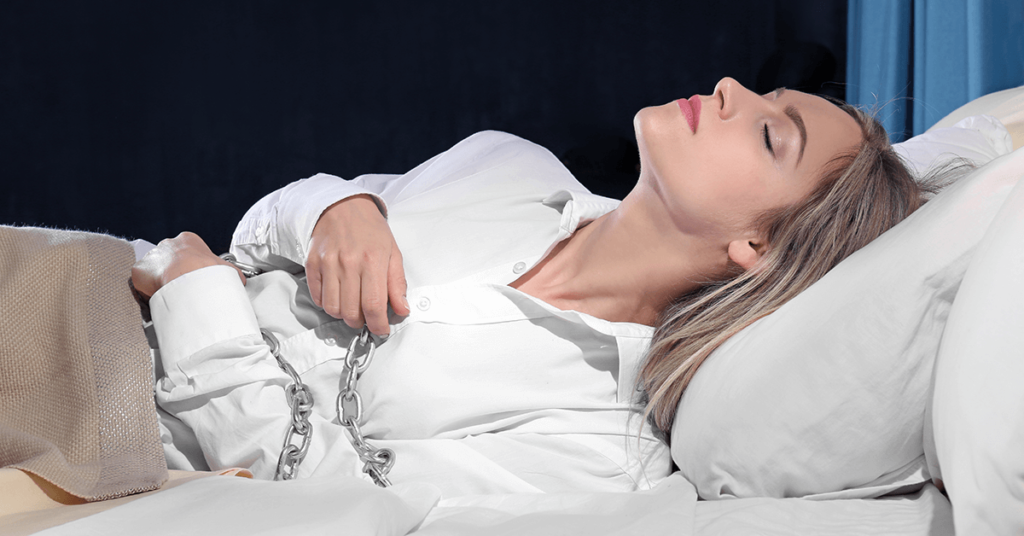 Sleep Paralysis (SP) is characterized by temporary atonia, or muscle loss, while falling asleep or waking up from sleep.

It happens when the muscle weakness and paralysis that are normal parts of REM sleep intrude into wakefulness.

During an SP episode, consciousness remains intact, and you have full awareness of your surroundings.

If you’re unfamiliar with this phenomenon, a terrifying feeling can arise from the sudden but short-lived inability to move your body while being fully awake.

SP is also characterized by hallucinations, such as sensing the presence of others nearby, feeling pressure on the throat, or suffocation.[1]

Occasional SP is generally due to sleep deprivation and does not need treatment. Direct treatments have not been evaluated for recurrent episodes.

For patients with an underlying anxiety disorder, the treatment for the anxiety may alleviate the ISP.

In some cases, treatment with REM-suppressing agents, such as low doses of tricyclic agents, clonidine, or clonazepam, have shown some effectiveness.

SP is common within the general population, showing a higher prevalence amongst students and people with underlying psychiatric conditions.

A review of 35 studies on the prevalence of SP found that 8 percent of the general population experienced this condition. [3]

Twenty-eight percent of students and 32 percent of psychiatric patients experienced at least one episode of SP within the general population. [3] 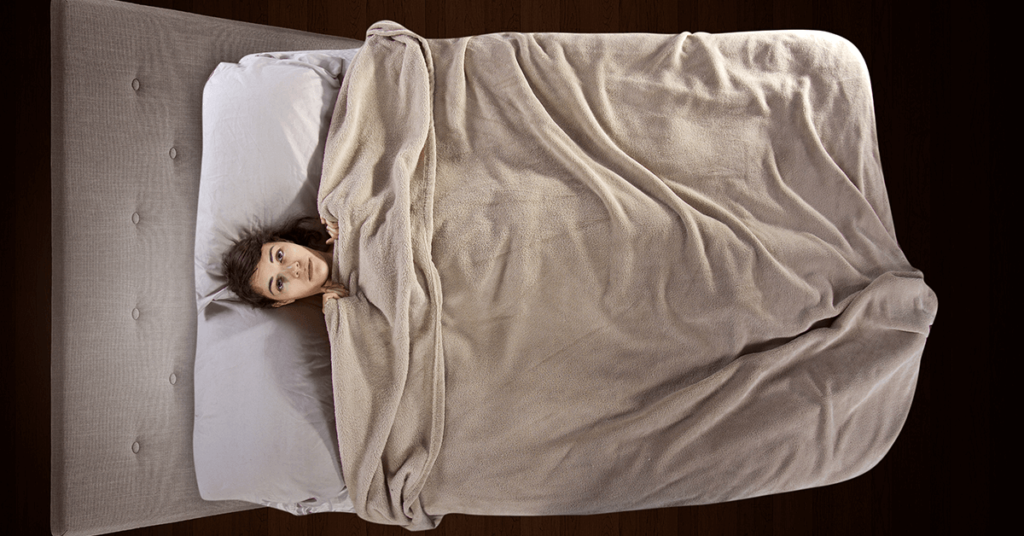 The results of studies on pathophysiology are not entirely conclusive, although there are several theories regarding its causes.

Management of the condition starts with education about sleep stages and the physiology surrounding the inability to move muscles during REM sleep.

An evaluation for narcolepsy should be completed if the symptoms persist. The safest treatment for sleep paralysis is for people to adopt healthier sleeping habits, but medications or therapy may be prescribed in more severe cases.

The most commonly used medications are tricyclic antidepressants and selective serotonin reuptake inhibitors. The intended action from both is the suppression of REM sleep.

There is currently no medication available to completely suppress episodes of sleep paralysis, although several drugs have shown promise in case studies. Two trials of GHB for people with narcolepsy demonstrated reductions in sleep paralysis episodes.[8]

Pimavanserin, an antipsychotic, has been proposed as a possible candidate for future studies in treating sleep paralysis.[9]

Cognitive behavior therapy for isolated sleep paralysis (CBT-ISP) begins with self-monitoring of symptoms, restructuring of negative thoughts relevant to ISP, and education about the nature of sleep paralysis.

Episodic disruption techniques are first practiced in session and then applied during actual attacks. No controlled trial of CBT-ISP has yet been conducted to prove its effectiveness.

Isolated sleep paralysis can be an unsettling experience that can be recurrent under certain circumstances.

Although there are some options available for assessment and treatment at this time, more research is needed to establish a gold standard for assessment, and better empirically supported treatment recommendations.