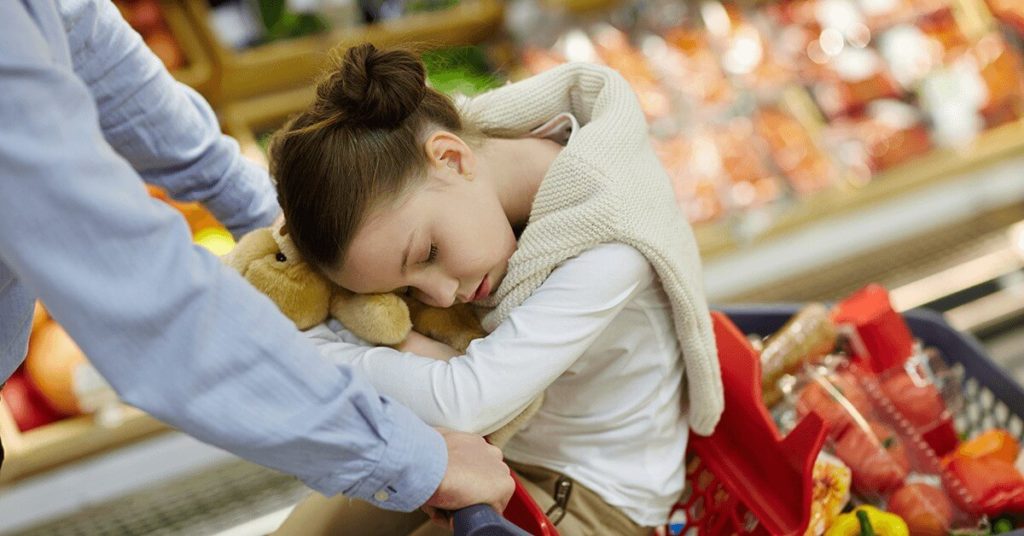 Use the player to listen to the article and/or continue to read below.

Pediatric narcolepsy is a chronic neurological sleep disorder that occurs in children and is frequently misdiagnosed. It happens when the brain struggles to regulate and control wakefulness and sleep.

Many children with pediatric narcolepsy experience excessive daytime sleepiness, which often impacts academic performance and social interactions. As such, it can become very debilitating if not addressed and treated.

In this article, we explore pediatric narcolepsy further, including the types of narcolepsy, the causes, symptoms, treatment, and more.

Children as young as four years old may experience pediatric narcolepsy. There are two different types of narcolepsy, including: [1]

This type of narcolepsy, previously known as narcolepsy with cataplexy, involves a temporary loss of muscle tone, in response to sudden and strong emotional sensations, such as laughter, anger, or crying, and is followed by an episode of sleepiness, known as a sleep attack.

Type 2 narcolepsy was previously referred to as narcolepsy without cataplexy, which means it doesn’t involve spontaneous loss of muscle tone or a sleep attack. 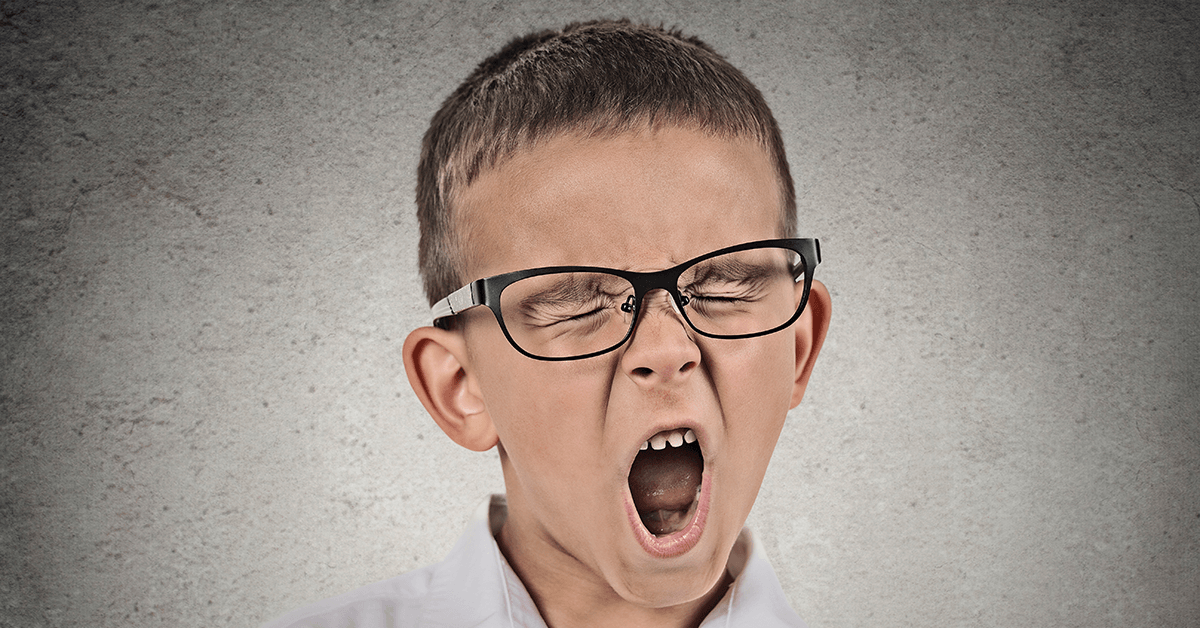 Narcolepsy is typically a disorder that must be treated for the rest of your child’s life. There is no cure. Yet, with the proper treatment, your child can lead a relatively normal life. We’ll dive into treatment options for narcolepsy in more detail in a later section of this article.

Over the past couple of decades, research has led experts to uncover reasoning as to why narcolepsy happens in the first place. In particular, researchers discovered the significant role that orexin neurons play in the symptoms of narcolepsy type 1.

In the hypothalamus, a small part of the brain responsible for regulating body temperature and releasing hormones, researchers noted a loss of orexin neurons in those with narcolepsy type 1.

To compensate, usually, there is an increase in other types of neurons, which don’t perform the same functions. Generally, experts agree that this all likely happens due to genetic predispositions.

Without adequate orexin neurons, many brain regions don’t experience ‘wakefulness.’ In fact, many of these brain regions have decreased activity, leading to unstable wakefulness and feelings of sleepiness.[3]

Interestingly, researchers also believe that autoimmune issues may destroy these types of neurons. This connection was noticed when a spike in narcolepsy cases occurred in conjunction with the 2009 H1N1 vaccination.[4]

However, most experts tend to agree that narcolepsy may evolve from a combination of factors, even including obesity as a risk factor.

Additionally, researchers have linked tumors, head injuries, and specific genetic syndromes, such as Prader-Willi syndrome, with a higher risk of developing narcolepsy.[5] [6]

It should be noted that orexin levels in the central nervous system of patients with narcolepsy type 2 fall within a normal range.

Excessive daytime sleepiness is the main symptom of pediatric narcolepsy. It usually is the first symptom that parents notice.

Your child may have drowsiness throughout the day combined with periods of irresistible and unexpected sleep attacks. Usually, these sleep attacks last about 60-90 minutes and are more likely to happen during a sedentary activity.

Eighty percent of children with narcolepsy experience cataplexy.[1] Cataplexy is a sudden loss of muscle tone, usually described as weakness or paralysis.

This symptom is associated with strong emotions, such as laughter, crying, fear, anger, or excitement. Usually, these episodes last about two to five minutes.

As a parent or practitioner, you may notice this symptom as droopiness in the child’s facial expressions or head rolling or thrusting movements with the tongue. You may even pass it off as clumsiness or facial tics if this is happening multiple times during the day.

However, if these actions are combined with sleepiness or other symptoms listed here, it’s likely narcolepsy. A visit to your child’s pediatrician can help you get some insight into your child’s condition.

Hypnagogic hallucinations involve very vivid imagery during the onset of sleep. Yet, this symptom may be difficult to detect in children younger than five years old as they are too young to articulate their symptoms.

Sleep paralysis occurs when your child is physically unable to move their body when moving from one stage of sleep to another, such as when they transition from REM sleep to wakefulness.

Typically, children with narcolepsy have sleep disturbances throughout the night. They usually wake up often, which may also be combined with restless leg movements. In fact, restless legs syndrome is common in those with narcolepsy (more specifically, narcolepsy with cataplexy). [7]

Children with narcolepsy are more likely to have difficulty paying attention and may exhibit aggressive behavior and emotional distress. This is often due to hypersomnia during the day and disrupted sleep patterns.

Obesity is a common problem associated with pediatric narcolepsy. Usually, within a few years, a child diagnosed with narcolepsy is obese or overweight.

The cause of this is usually due to a deficiency in orexin, which controls hunger and wakefulness. Experts theorize that this may cause hunger issues, as well as cause an absence of energy-burning brown fat throughout the body. [8]

However, obesity and weight gain are common among children who are diagnosed with other sleep conditions, like sleep apnea and behavioral insomnia.

Precocious puberty happens when a child’s body begins to develop too soon.

A 2013 study explored the prevalence of precocious puberty and obesity in children with narcolepsy.

Researchers discovered that about 17 percent of children with narcolepsy experienced precocious puberty. On top of this, about 74 percent of these children were obese.[9]

Since narcolepsy isn’t common, usually doctors explore other causes of excessive daytime sleepiness, especially when there is no cataplexy present. For instance, sleepiness may arise due to:

Significant diagnostic criteria for pediatric narcolepsy include having a sudden and irresistible urge to sleep during the day for at least three months. This symptom may also go hand-in-hand with lengthy nighttime sleep.

For your child’s doctor to diagnose narcolepsy type 1, your child will also have to show symptoms of cataplexy or an abnormal concentration of orexin in their spinal fluid.

Typically, your child’s doctor will use nocturnal polysomnography (PSG) to determine if your child is getting enough sleep, which may be followed up with a multiple sleep latency test (MSLT), known as a daytime nap study.

Additionally, your child’s doctor may need a lumbar puncture to determine orexin levels to make an accurate diagnosis.

Since there is no cure for narcolepsy, treatment aims to manage symptoms through medications, behavioral modifications, and education.

Prescription medication often targets daytime sleepiness. For instance, stimulants, such as methylphenidate, or drugs that promote wakefulness, such as Modafinil, may help your child stay awake during the day.

Other prescription options include antidepressants, which can help treat cataplexy, hallucinations, sleep disturbances, sleep paralysis, and sodium oxybate, for children older than 7 years of age, to help address daytime sleepiness.

Your doctor will also supply advice regarding proper sleep hygiene and other activities, such as:

If your child has a narcolepsy diagnosis, you may want to inform the adults who care for them.

By informing the adults in your child’s life, you can help them recognize, understand, and address symptoms, such as behavioral problems or drowsiness, especially if bullying or poor treatment arises from it.

Knowing the signs and symptoms of narcolepsy can help lead to an earlier diagnosis. From there, you and your child’s doctor can determine the best way to address the symptoms and help your child lead a relatively normal life.