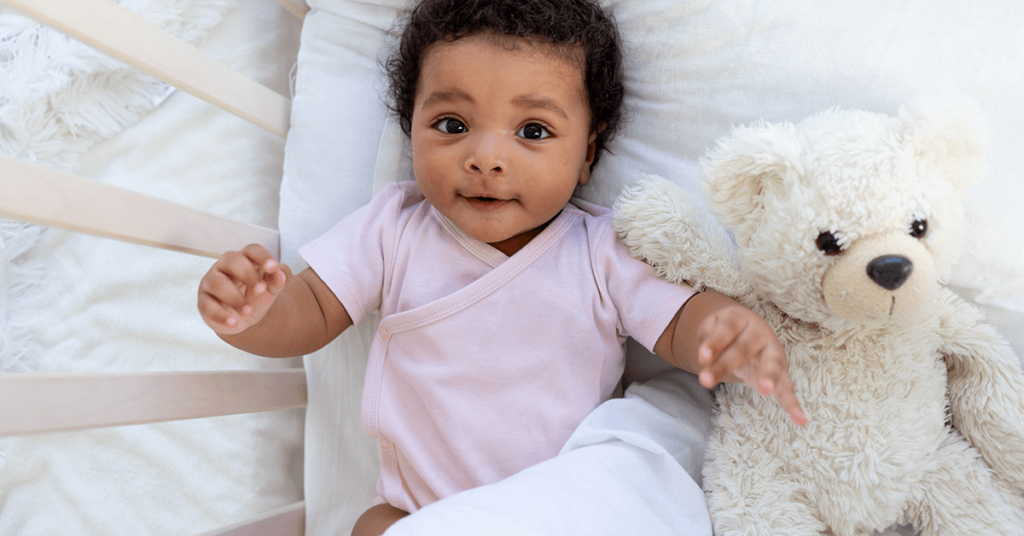 Periodic or rhythmic movement disorders refer to a group of neurological disorders that involve abnormal movements or verbal events during a child’s sleep or sleep transitions.

In terms of prevalence, children are more likely to experience these disorders than adults, which typically occur during the NREM phases of sleep.[1]

A child with a sleep-related rhythmic movement disorder (RMD) exhibits symptoms of head rolling, body rocking, and headbanging. These behaviors can be confused with other conditions, such as nocturnal epilepsy.

It’s common for children to experience sleep-related rhythmic movements; however, these issues may resolve by the time they turn five years old.

RMD involves the involuntary movement of the large muscle groups of the head, neck, or trunk. When these movements result in injury or disturbed sleep, the condition is diagnosed as a sleep disorder.[2]

These movements, headbanging, body rocking, or head rolling, can be accompanied by vocalization, such as humming or chanting, and occur as your child transitions from wakefulness to sleep or during sustained sleep.[3] 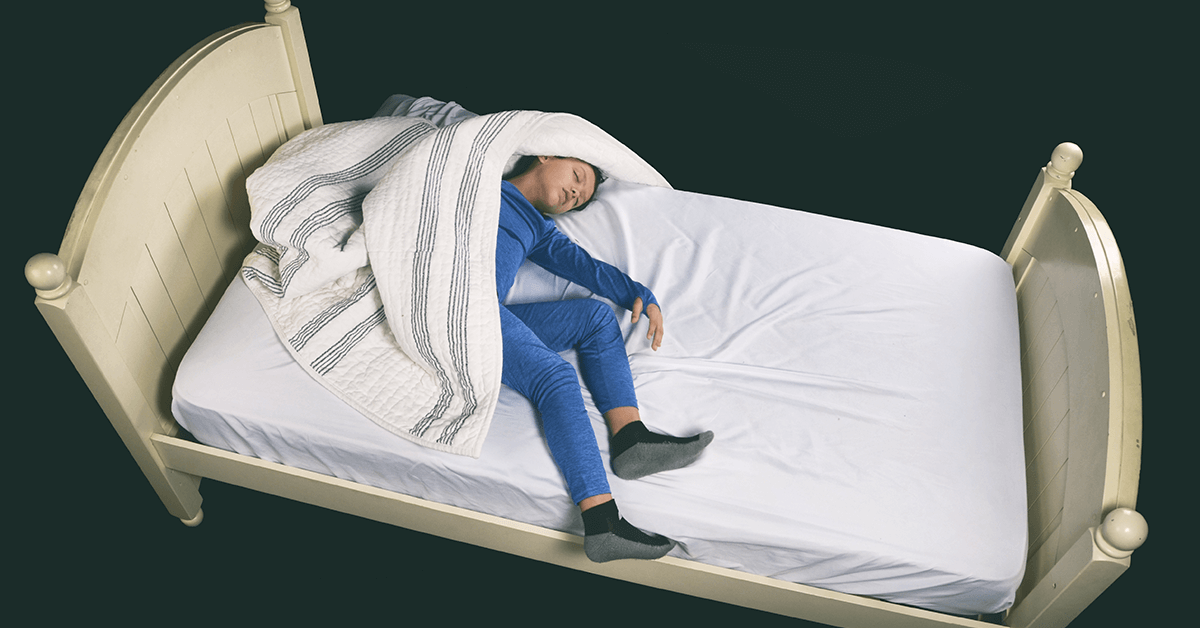 Sleep-related rhythmic movements can be confused with nocturnal seizures.

Nocturnal epileptic seizures differ depending on the type of epilepsy experienced by the child. Hypermotor epilepsy can be mistaken for parasomnia given the similarities in symptoms, including repetitive head rolling, vocalizations, and repetitive movements.[4]

Alternately, juvenile myoclonic epilepsy is characterized by jerking spasms of the head and legs and usually occurs upon waking. Although classified as a simple sleep-related movement, it’s usually accompanied by other types of seizures.

Many types of epilepsy have an increased number of events at night. At the same time, sleep deprivation may aggravate epileptic symptoms.

A large Canadian study examined the epidemiology of pediatric nocturnal abnormal behaviors in children aged two and a half years to three years old. This study shows that 9 percent of children had rhythmic movements, such as headbanging.[6]

Familial instances of RMD are relatively low, indicating that the disorder is not due to genetics. It’s believed that this type of disorder is behaviorally based.[8]

Another theory suggests that repetitive movements are learned as a relaxation mechanism, similar to tic movements.[9]

In rare instances, abnormal sleep-related movements, like head rolling, headbanging, or body rocking, may lead to injury, depending on the child’s posture and position while asleep.

For example, stomach sleepers may lift their head and shoulders every few seconds for up to minutes or hours at a time, causing a rhythmical movement as their head hits their pillow or mattress.

It’s not uncommon for children to exhibit a combination of these movements, although there’s a good chance they will not recollect moving in their sleep when they wake up in the morning.

These movements are typically benign, if not typical in younger kids, and do not lead to injury or head trauma.

Diagnosing RMD requires a doctor to examine your child’s medical history (including family history and any current medical issues) and sleep patterns and behaviors.

Your child’s doctor may request a polysomnography. This sleep study involves your child going to a sleep lab so that a sleep specialist can track your child’s heart rate, breathing, and brain waves as they sleep to diagnose sleep disorders and rule out the possibility of epilepsy.

Rhythmical movements typically stop spontaneously as the child ages. In some instances, if these movements lead to disrupted sleep or injury, the child’s doctor may prescribe a low dose of a sedative.

Behavioral therapy may be used to manage rhythmic movements. Part of the therapy requires the child to go through the motions of their nocturnal movements throughout the day, in a slow and repetitive manner. This type of therapy has been shown to reduce the forcefulness of movements, and in some instances, eliminate them.[7]

Understanding that rhythmical movement disorders are typical in children under the age of five can help you identify, manage and treat them. If these movements start to disrupt sleep or daytime functioning, take the time to seek out help from your child’s doctor.